RELEVANCE OF RANGANATHAN'S APPROACHES TO THE MODERN-DAY INFORMATION WORLD

Relevance of Ranganathan's Approaches to the Modern-Day Information World

Dr S R Ranganathan, one of the greatest librarians and library scientist is recognized globally for his contributions to library science. He is also considered the Father of Library Science in India. His birthday (12th August) is observed in India as "Librarian's Day". His seminal contributions to LIS have been recognized and even carried forward by library ad information scientists around the world. His Five Laws of Library Science clearly define the goals and objectives of libraries and information systems. He is also the creator of the first major faceted classification scheme - the Colon Classification. A recipient Padma Shri award from the Government of India in 1957, Ranganathan was also awarded D.Litt. (Honorius Causa) by the University of Delhi in 1948 and the University of Pittsburg (USA) in 1964. The Government of India awarded him with the National Research Professorship in Library Science in 1965. Ranganathan received several other awards including Fellow of Library Association (UK), Honorary Vice President of Library Association (UK), Margaret Mann Citation (American Library Association), to mention a few.

The year 2022 marks 50 years since Dr. Ranganathan passed away. There is hardly any aspect of librarianship, information work and service that Ranganathan has not touched upon. Even nearly a hundred years after publication, his Five Laws of Library Science continue to be relevant and inspire LIS professionals, going by the several interpretations and reformulations that the laws have attracted in recent years. His facet-analytic approach has been seen as a universal method of subdivision that enhances its claim to be a useful design principle for information retrieval classifications in any field. His legacy can be seen in libraries and academic institutions all over India and elsewhere. Ranganathan and his ideas continue to attract attention as his tools and techniques continue to be relevant and find application even in the digital environment. To quote David Weinberger in an article he wrote in Forrester, “It’s as if Ranganathan designed Colon Classification in 1933 specifically for the kind of instant reshuffling that computers made feasible decades later”. The Five Laws of Library Science and the ‘analytico-synthetic’ approach to classification are among the most significant contributions to the theoretical underpinnings of librarianship that the 20th Century witnessed. 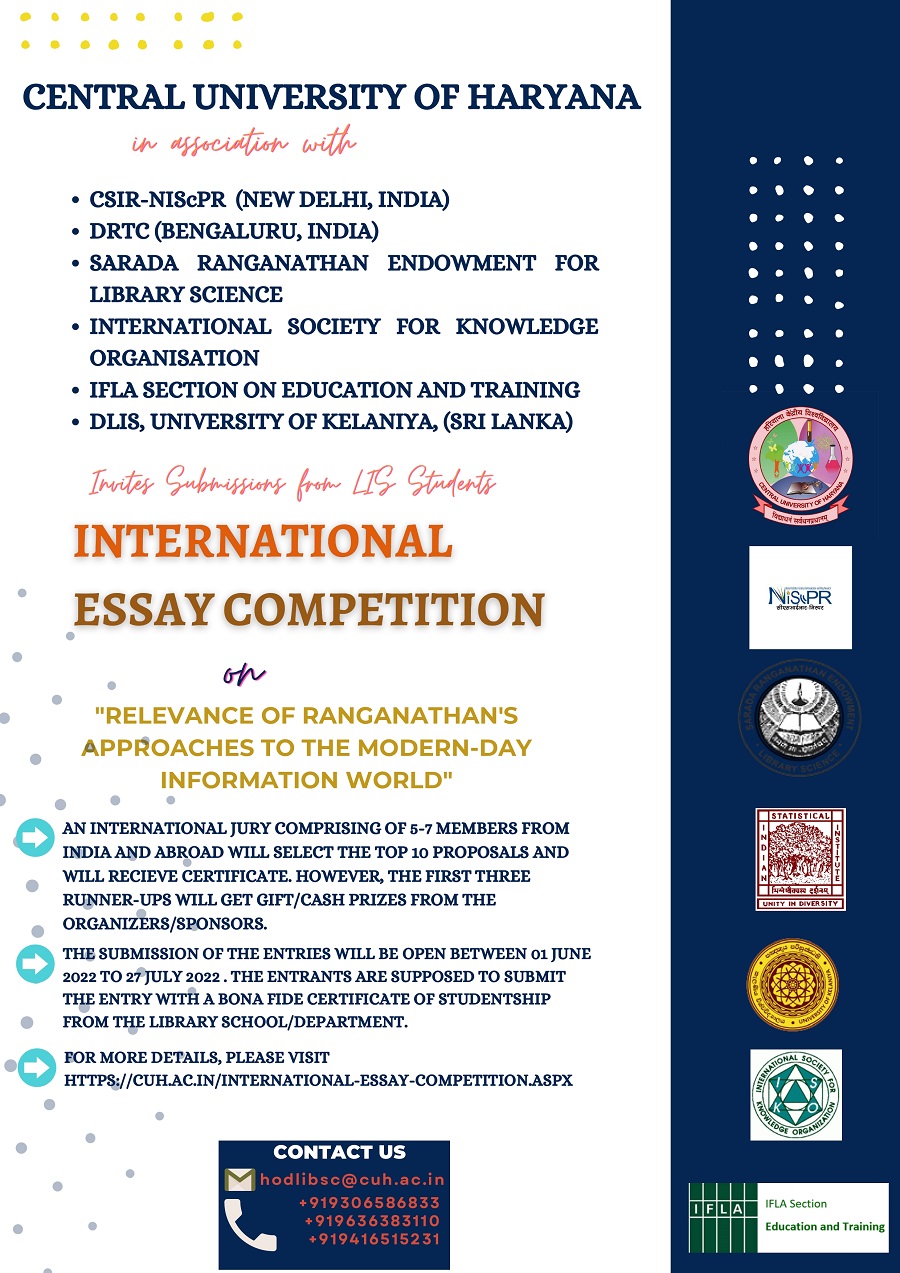